When we communicate, our assumptions can act as very powerful ‘filters’. A filter is a set of beliefs based on one or more “blocks” of knowledge about another person which can act to inhibit real understanding of what is being said or done.  For example, some people’s assumptions or filters about what is appropriate for men or women to be saying or doing in a given situation can interfere with conversations they are trying to have with those who have different assumptions.

Not all filters have the same weight or impact and so we should look at a few of these. The list below separates the filters into two groups – what we call stronger and weaker filters. These labels are not intended to be hard distinctions, as they will vary from one individual to the next. However, in broad terms, stronger filters are more powerful and potentially inhibiting than weaker ones.

The key word we have used in all the above filters, both stronger and weaker is “stereotypes”. Stereotypes refer to our impressions about individuals who belong to a certain group or set of people. We have particular impressions about an apparent set of people and when we meet someone we have deemed to belong to it, we then tend to perceive the person as having the same characteristics as the set to which he/she is supposed to belong.

Any one of the above filters can be so powerful as to create an almost immediate barrier in a conversation with a stranger. They may influence a discussion in a way that avoids certain topic areas so as not to threaten the stereotype being held. In combinations of any kind (and some people may deem other people to be in two, three or more of these at once), these filters can make any relationship-building almost impossible. We therefore all need to work very hard both to recognise which of these filters may be most powerful for us and also to avoid falling into the trap of immediately judging a person with whom we wish to build a relationship. We need to see the person as an individual who should be understood as he or she is and not who we think he/she is most like in others we have met. What is Leadership “Presence”? How to Manage Conflict Effectively 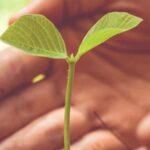